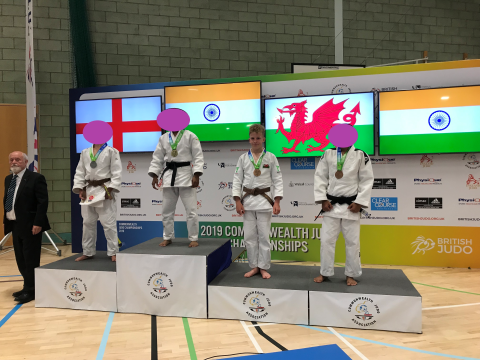 Ben Moore, a pupil at Cowbridge Comprehensive School, recently competed against and alongside Judoka from all over the Commonwealth, including opponents from India, South Africa, Malta, Australia, New Zealand, Cyprus, Scotland, Northern Ireland, England and Wales (whom Ben was representing). Ben battled his way to the semi-final where he lost to his Indian opponent. However, not defeated, Ben composed himself and went on to win Bronze. Well done Ben!