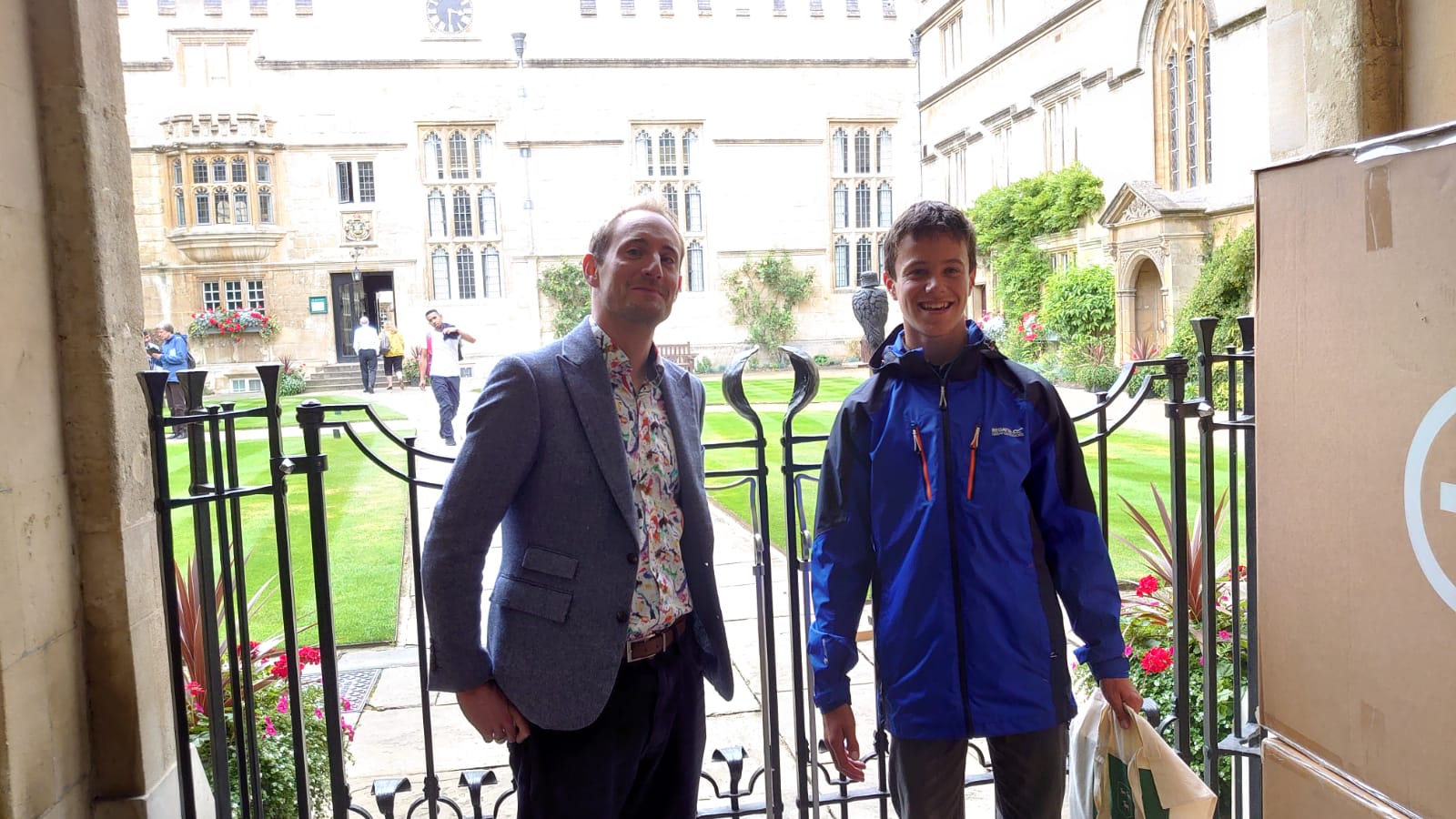 I entered an essay writing competition held by the Seren network. They gave the options of 5 'Big' questions surrounding social issues. My essay title was 'Does prison work?' and I learnt a lot about the subject from the research.

A few weeks later I was informed I had won with the winning prize of £300  in book tokens and a trip to Jesus College, Oxford. The college has a long association with the Wales, it was originally founded by Hugh Price, a Welsh clergyman, during Elizabethan times, for the education of Welsh clergy.

I went to the college on Friday the 6th and stayed the night in the student accommodation, which was in the college itself. On Friday I had a look around at the grounds and was given a tour around Oxford by Professor Matthew Williamson. He gave a short tour of oxford and the college with some very interesting points about the college, what was done there, as well as sharing some stories about some key and the less known parts of Oxford. It felt like a secret tour of Oxford just for me. His tour was enlightening as not only did it provide information on Oxford but also showed how they teach and develop the students at Oxford. He gave some feedback on my essay and told me what they look for in students applying to Oxford and what I need to do to get there, It was very inspirational. It was a lovely visit in all as everyone made me feel most welcome and congratulated me on winning the competition and made me feel very privileged. All the staff I got to meet were extremely kind and patient, even when I locked my key in my room! After the nights stay on the Saturday I looked around the largest academic bookshop in Europe, the oldest museum in the country and then went punting in the river.