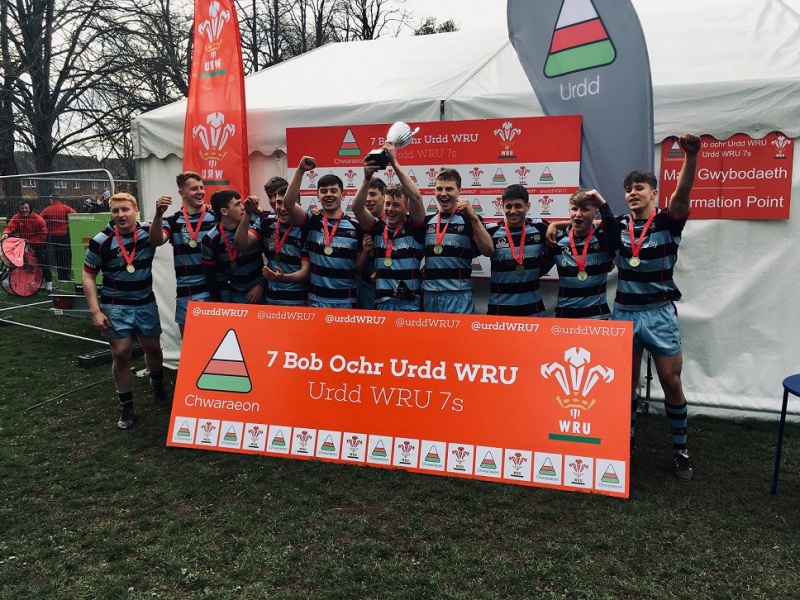 The Senior Rugby Academy became National 7s champions with some outstanding performances and results at the recent Urdd WRU 7s competition. The squad has worked exceptionally hard over the past couple of months and competed in many tournaments and competitions across the Country including Christ College 7s, Millfield 7s and Rosslyn Park 7s respectively. However, the highlight of the season has to be winning the Senior National WRU 7s Cup.

The tournament started well with the squad topping their group by securing wins over Glantaf, Ystalyfera, Newport High and Gower College. This ensured that the squad entered the knockout stages of the cup competition where they faced other group winners in straight knock out games. After beating Neath College 40 - 19 in the quarter finals, the squad produced an outstanding performance to overcome a much fancied Coleg Llandrillo by 26 points to 7 in the semi final. The final proved to be a cagey affair against a very good Ysgol Glantaf. Despite not having a huge amount of possession or territory, the squad showed outstanding maturity/game management and claimed a fantastic 26-19 victory to become Welsh Champions.